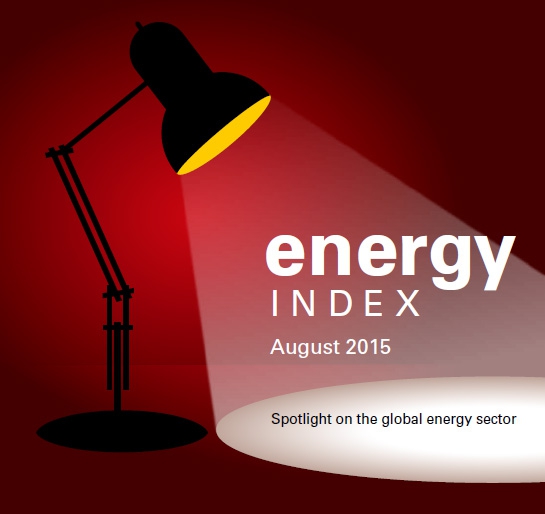 After falling for three months in a row, the wholesale cost of oil has edged upwards. The firmus energy Index rose by three per cent in August to stand at 76. The recovery however was far from being broadly based. The price of gas, coal and power all dropped during the month but their decline was more than offset by a six per cent increase in the price of oil, the dominant element within the Index. 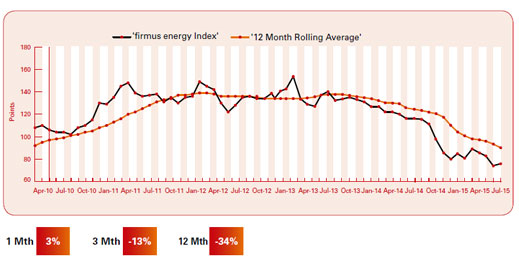 Paul Stanfield of firmus energy explains: “Whatever is driving up the cost of crude, it is not a sudden evaporation of the global oil glut. OPEC members Saudi Arabia, Iraq and Iran are all reported to be pumping strongly. While growth in US production has halted, it has not gone into a sharp reverse. As a result world stocks are at their highest level since the financial crisis of 2008/9.”

In the absence of more solid explanations, some observers believe the price turnaround has more to do with nervous hedge funds unwinding bets on oil’s continuing decline.

There was no bounce in the price of coal and it fell by four per cent finishing the month at just under fifty five dollars a tonne. As the world’s biggest buyer of coal, China plays a crucial role in the fortunes of this fuel. Partly because of environmental concerns, the country imported around thirty per cent less coal year on year. This trend is set to continue with the recent devaluation of the renminbi expected to make future purchases even less attractive.

Gas prices fell in August by eight per cent bringing the average cost of a therm to just under forty pence. An influence was imports of liquefied natural gas which reached a three year high towards the middle of the month. Meanwhile forward prices have continued to soften. The winter contract ended August at around forty four pence a therm

Electricity fell by one per cent

The price of electricity was pulled in different directions last month with lower gas costs giving a dragging effect. Almost eclipsing that impact though was a drop in output from wind farms and coal fired stations which traditionally tend to keep prices in check. The result was that the wholesale cost of a unit of electricity fell by one per cent to just under 4.7 pence.

Looking to next year, Barclays are forecasting a climb in the price of Brent crude to around sixty five dollars a barrel as demand for oil comes more into line with supply.