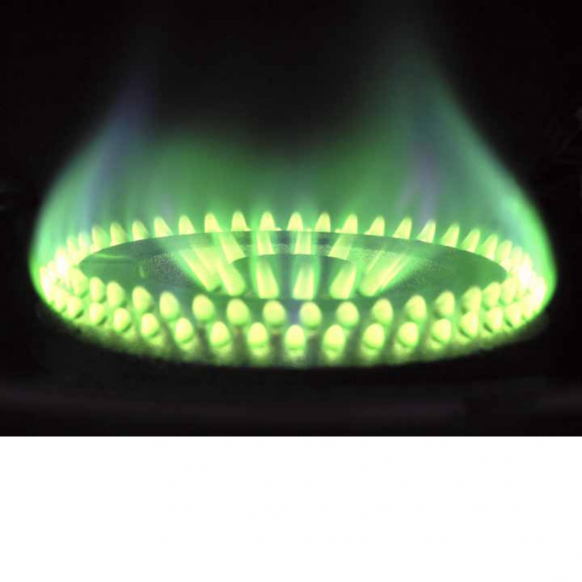 Each household converting from oil to natural gas emits 48%1 less carbon dioxide and natural gas is already reducing emissions in the local area by more than 25,000 tonnes of CO2 each year.

Councillors heard that if all the local properties that currently have access to the firmus network were to convert to natural gas the total reduction in carbon dioxide emissions would increase by almost 28,500 tonnes to an estimated total of 53,500 tonnes each year.

firmus energy has already invested £15.4m building its local natural gas network, including in Moy, Charlemont and Benburb where they have already spent £1.81 m to date. The company supplies domestic and business customers throughout the local area including a number of well-known organisations such as Mackle Pet Foods, Moy Park, Dunbia and the Western and Southern Health and Social Care Trusts. Recent investment means an additional 1,340 homes and businesses are now able to upgrade from oil to natural gas.

Council members also heard that carbon savings will grow significantly when renewable gases such as biomethane and hydrogen are injected into the network.

Speaking remotely at the workshop firmus energy Managing Director Michael Scott said it is vital that we realise the full potential of the natural gas network, “First and foremost, we need to maximise the number of properties converting from oil to natural gas. By the end of 2022 an estimated 550,000 Northern Ireland properties will have access to the network and 320,000 of those will be connected. Connecting the remaining 230,000 will deliver a further 1.7million tonnes in carbon savings each year.

“By introducing biomethane from Anaerobic Digestion into the existing network to displace natural gas we can simultaneously improve the environmental credentials of the gas we use and improve the sustainability of local agriculture. Using renewable hydrogen instead of natural gas would remove carbon from the network entirely.

“Significant carbon savings can also be realised in transport by transitioning away from heavy diesel oil to compressed natural gas. CNG can be used by a wide range of commercial vehicles which aren’t best suited to electrification such as HGVs, lorries and buses and connecting CNG refueling stations to the existing network will help optimize use of the network further.”

firmus energy started constructing its 1,800km ‘Ten Towns’ network in 2005 and it now reaches 35 cities, towns and villages in Northern Ireland stretching from Warrenpoint to its head office in Antrim and on to Derry/Londonderry.

Ends
firmus energy is a natural gas distribution and supply company, based in Antrim. Since 2006, firmus energy has connected over 55,000 customers in its network area (outside greater Belfast) and supplies natural gas to over 108,000 across Northern Ireland.